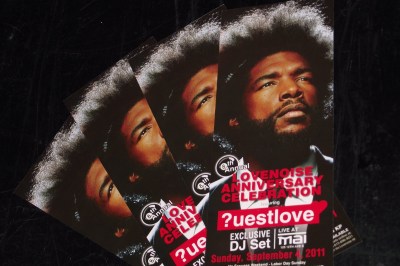 So, I came home at 4am! Haven’t done that in YEARS!!!! Why? Because Lovenoise had an anniversary party that was totally EPIC! Mai Nashville was jumping as soon as I walked in, the feeling of celebration was in the air, and the guests were waiting for DJ Questlove.

Questlove tweeted that he was a bit nervous. Last time he visited Nashville he gave us 6 Degrees of Separation – educating party goers about the origins of the samples of their favorite songs.
This time he gave us 85 Years of Music! 85 years seemed a bit lofty, but Quest deftly mixed 1940’s jazz, Kurt Cobain, a whole Stevie Wonder set, the theme from Super Mario Brothers, and some awesome Reggae selections! Once again, Quest had us dancing til the early morning and MAI was filled with the most eclectic crowd I’ve ever seen.

But lets not forget the reason for the occasion, The Lovenoise group celebrated 8 years of bringing great entertainment to Nashville. With 500 Crown Royal infused cupcakes from Cupcake Collection the crowd celebrated this awesome achievement! And yes, those cupcakes were quite tasty.

I’m telling you, even with the rain, the place was PACKED! The Lovenoise guys were working hard and feeling good,the guest were happy, and everyone was happy to celebrate the crew who helps put Nashville on the map.

Of course you know the Fab Crew was in the building! We had so much fun and we can’t wait to do it again. What a great way to celebrate Labor Day! 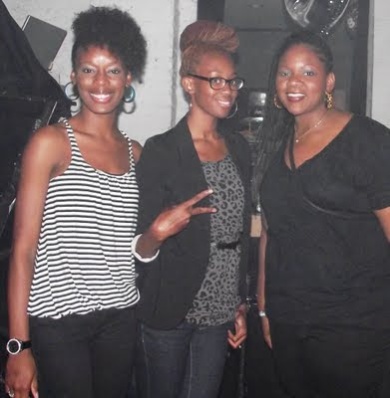