I reported on this development a couple of months ago, but now it’s confirmed. Stylist to the stars, June Ambrose is finally getting a reality show on VH1. Looking at June’s career profile (self trained, worked her way through the ranks of the industry) I can’t help but model my success off her work ethic. I’m such a fan and super proud!

Although I hate the fact that VH1 is picking it up (due to their negative rofiles of black women), I can’t deny the fact that the channel can pull millions of potential viewers for the show. The show is set to debut in early 2012 and will chronicle her business and family life. Below is the official statement from the network:

In “The June Ambrose Project,” June and her team of tireless assistants will take on a mix of up-and-coming and established celebrity clients – some actors, some musicians — who would like to re-imagine their looks and brands. Each episode will chronicle an image makeover and overall rebranding, culminating in a visually stunning event designed to focus on the celebrity’s new look.

In addition to makeovers, viewers will get to see how June juggles her family life, CEO of her celebrity styling house Mode Squad and her burgeoning empire. Adding to June’s to-do list is a record label, books and a plethora of assignments ranging from celebrity clients, fashion shows and photo shoots to emergency style interventions for friends she can never turn down.(Source VH1)

I decided to do a mini-style file on June. Her style is fun, fearless, and actually wearable! Take a look: 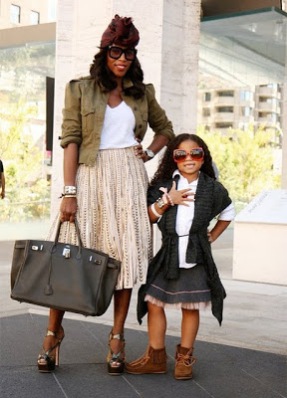 2 thoughts on “Fashion News: June Ambrose get a reality show on VH1”

Today is #WorldGratitudeDay and I’ve teamed up with @tiffstreats to #BakeItForward! Let’s spread kindness with the sweet treat of COOKIES! 🍪#TiffsTreats wants to send you and and a friend a box of cookies, brownies, or truffles!
The look on my face as hope all these days of rain in #Nashville will truly bring in that cozy #FallWeather! Listen, I got cute #falllooks I’m trying to wear, and I need it not to be 90° out!
“Take a minute girl, come sit down, and tell me what’s been happening …”
It’s the peace sign ✌🏾 and the turtle tattoo 🐢 FOR ME! Happy Friday friends!!!! What y’all getting into this weekend? I’m in NY checking on my mom and she ‘HI’ to all y’all! ✨
WOULD YOU RATHER: Right now eat 87 chicken tenders or 174 tater tots?
Oh snap! @verabradley has a Labor Day sale and you should get to shopping! Head over to their site to get exclusive discounts on travel items and accessories!
With all the attacks against a woman’s choice for her body, I implore us to be kinder and gentler to each other. You don’t know what the next woman is dealing with. Let’s inspire and encourage each other!
The look on ya face when your BAE bout to drop the best album of 2021! #CLB
HELLO SEPTEMBER! August was ALOT but we made it! September has always been a refreshing month for me. I have some difficult yet achievable goals that I WILL reach this month:
I had to remind myself that I’m not NEW to this #sneakergame I’m TRUE TO THIS! So, I’ve had these ORIGINAL 2012 Nike #DunkHigh J-PACK since they dropped and you could WALK in the store and simply purchase. 😬