I’m not one to hate, only to give optimum criticism when necessary. So, when my cousin Kanye West and Kim Kardashian announced they were having a baby, I just knew Kim was going to take maternity fashion to THE NEXT LEVEL. Sure, I finally got over that wretched episode of Keeping Up With the Kardashians when Kanye came and ‘cleaned’ Kim’s closet, sending in his personal stylist to ‘update’ Kim’s look. Actually, Kim looked alot more sophisticated after the Kanye overhaul:

I thought we’d see Kim show younger women that you can have style and sophistaction while pregnant. But all I’ve seen Kim doing is hiding her bump and looking like Sally Struggle while wearing binding body concious dresses, overly structured suits, and randomly uncomfortable stilletos. Kim, we know there’s a baby growing in there, give yourself a break. Attempt perfection through fabulous hair and improving your personalty. 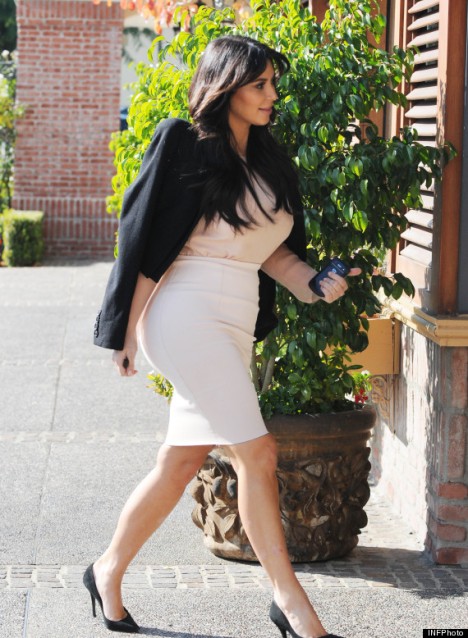 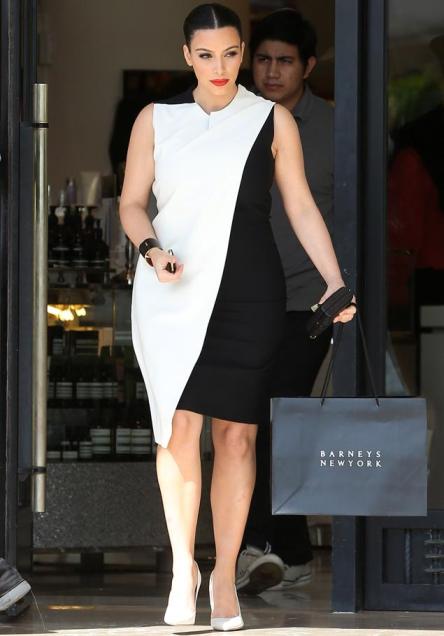 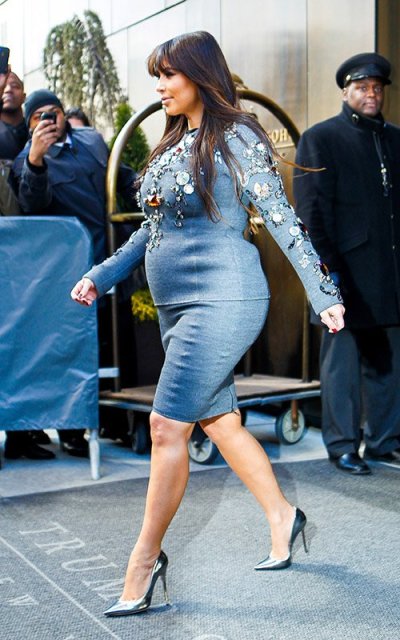 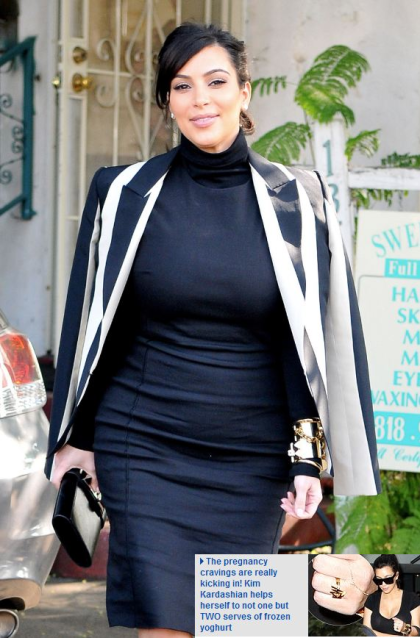 This isn’t a hit on her pregnancy weight-gain, because all women gain weight during pregnancy, but it’s a hit on Kim appearing comfortable with her body.  I’m not the only one who thinks Kim’s maternity wardrobe is sub-par, Maureen O’Conner of The Cut said that: “Kim’s signature style — body-conscious, waist-defining, and tight — is the antithesis of ease . . . . since Kim is pregnant, she just looks uncomfortable . . . It’s time to release your belly, Kim. To stop concealing your weight.” (source) My thoughts EXACTLY!

What’s worse is, Kim used to be a wardrobe stylist. She knows what it takes to look good.   But apparently, Kim thinks wearing designer names will distract us from the fact that she looks ‘less than’. She’s really making us wonder (once again) if she is really self-conscious as she appears on television. Being due in July isn’t helping the cause. If she thinks hiding this six month bump is a hindrance, try attempting the same feat at nine months!

Kim, fire Kanye’s stylist, and go for what you know – better yet, ask Khortney for maternity look advice. She always get it right.