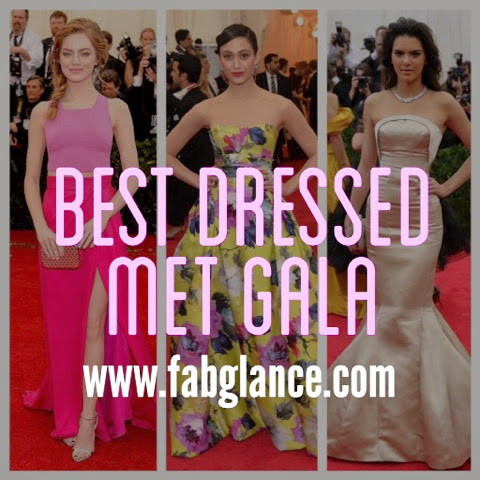 Last night we watched celebs, artists, and models walk one of the most fashionable red carpets of the year – The Met Gala. What is the Met Gala? Take a look below for the answer:
The Met Gala, formally called the Costume Institute Gala and also known as the Met Ball, is an annual fundraising gala for the benefit of the Metropolitan Museum of Art‘s Costume Institute. It also serves as an opening celebration for the institute’s annual fashion exhibit. (Wikipedia)
Each year Anna Wintour, of Vogue magazine helps select the theme and guest list for fashion’s biggest fundraiser. Tickets are said to cost $25,000 – but benefits bring art to the New York City community.
Celebs go ALL OUT often partnering with their favorite designer to create a look that encompasses the night’s theme or a look that just SHOCKS the world. Last nights theme was dedicated to designer, Charles James  a britsh designer who came to America with his awesome sewing technique. He was said to be the master of cutting and known for his awesomely structured aesthetic.
Let’s see what celebs embraced the theme, went above, or just looked doggone good! 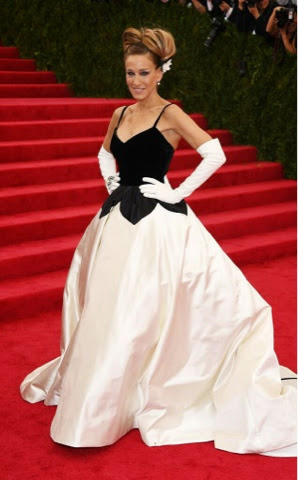 Sarah Jessica Parker was on of the first to arrive wearing this costume Oscar de la Renta gown. The gown looked basic but pretty until she turned around: Oh yes! This graph detail on the back pretty much captures the essence of the a designer’s cutting board. Good Job SJP! 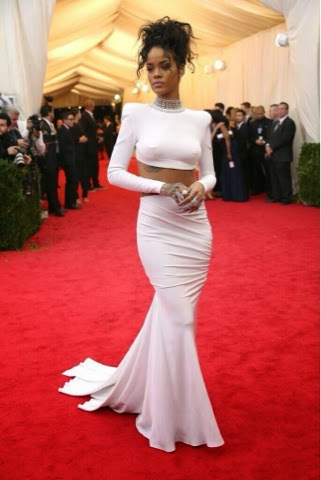 Next up is Rihanna. She rarely gets it wrong! The only thing I would have changed is her hair but everything else is GORGEOUS. And she got the memo abt structure – check it: 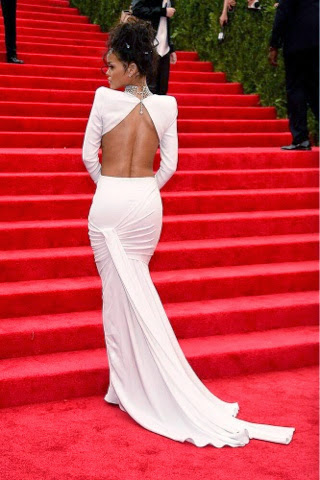 The back detail of her cropped top is too fly, very bold, and spot on. Good look Rihanna. 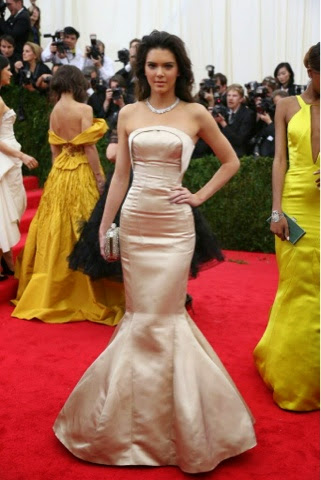 Kardashian baby sis and model on the rise, Kendall Jenner showed you don’t have to spend a bunch of money to look amazing. Sporting a mermaid inspired look from TOPSHOP she glowed I the red carpet. 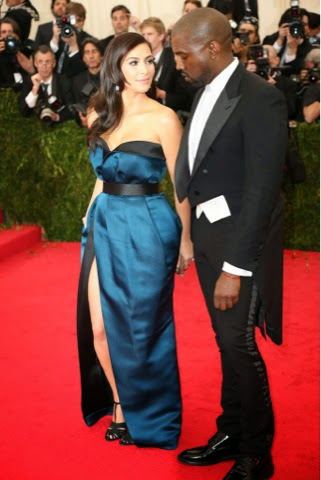 Not to be outdone – but definitely ready for her second attempt, Kim Kardashian and new hubby Kanye West hit the red carpet looking quite amazing. Her real tuxedo inspired gown (with pockets!) more than made up for her pregnancy disaster at last year’s gala. I also love Kanye’s slim cut tux. 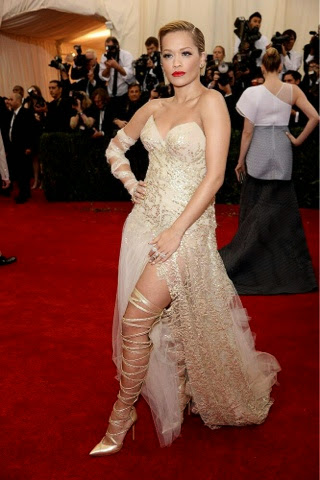 Rita Ora want to the daring side with this DKNY look. I’m loving her lace up pumps and arm detail – not quite on theme but def something to see. 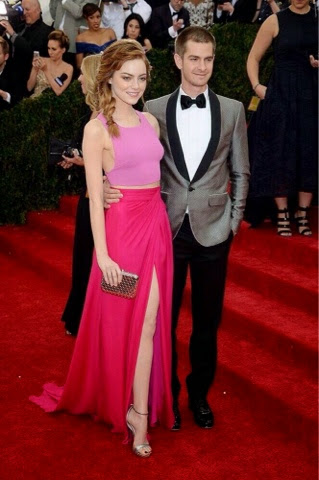 Emma Watson, accompanied by her Spider-a Man co-star, looked young and chic in this body hugging look. I really like this on her the different shades of pink on her porcelain skin made the dress pop! 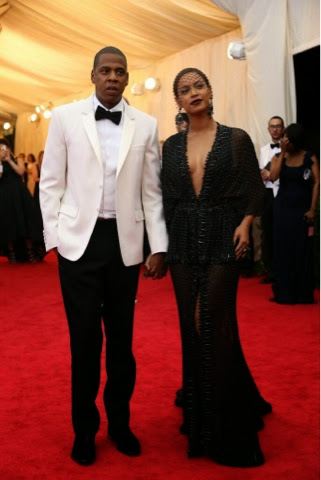 Beyoncé and Jay-Z looked amazing too! Some complained that Beyonce’s look wasn’t gala worthy, but I thought it was dating (it is a COSTUME GALA) and draped amazingly. Great look! 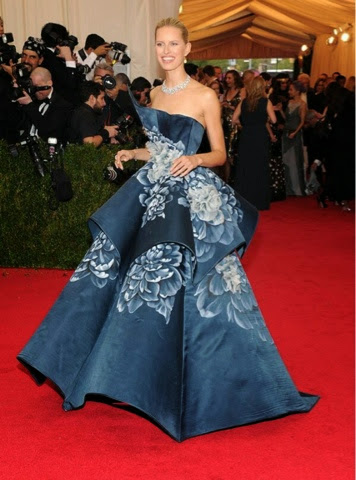 Anna Kurkova almost won my vote for best dressed until I saw Lui Wen (pictures below). However she is a CLOSE second  wearing this floral detailed ball gown with Oragami details. This dress is like a drawing and I love it. 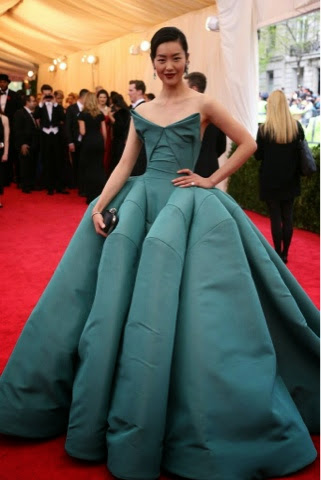 My ULTIMATE BEST DRESSED award goes to model Lui Wen! Ugh are you dying from all this beauty?!!! This dressed encompassed the essence of the night. Sharp angled detail, over the top costume appeal, and an amazon fit. She wins for he night – she wins all the awards.
See more of my choice on my Instagram @fabglanceblog!
Who was your favorite? Share your fave I the comments below!

One thought on “CELEB STYLE: Best Dressed at the 2014 Met Gala”