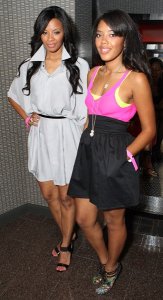 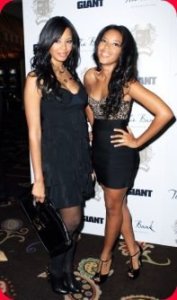 Many of you know them as the daughters of Rev. Run, from MTV’s Hit reality show – Run’s House. I have chosen the fab duo because they’ve grown and matured into fashionable young ladies. They had no choice with an Aunt and Uncle who have two of the highest grossing clothing lines in the country, Baby Phat and Phat Farm.

Vanessa is the big sister and Angela is the little sister, but combined, they are a style powerhouse! Creators of Pastry sneakers, these ladies are far from celebutantes, they actually put in work. Vanessa, 25, graduated from St. John’s University in Dec. ’07 with a degree in Communications. She was recently cast as Lola on the CBS soap opera Guiding Light. Angela, 20, is attending the Fashion Institute of Technology along with recording a pop album due out this Fall.