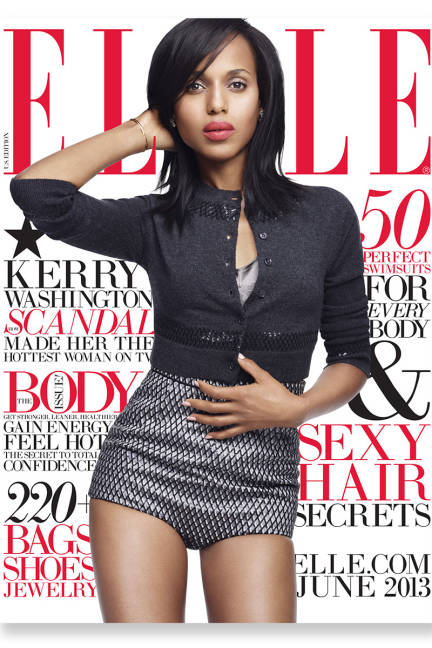 Man . . . listen! Olivia Pope Kerry Washington can do NO wrong these days. She’s the lead in the hot, steamy, drama Scandal and she just finished another lead role in a Quentin Terantino movie, Django. She has another movie, produced by Tyler Perry, called Peeples co-starring Craig Robinson. She continues to slay the red carpet and give us chills every Thursday night on ABC. The girl can do no wrong.

Now she has this FAB photo shoot in Elle Magazine’s summer issue. In the issue, Kerry calls herself the ‘luckiest girl in Hollywood’ which is an understatement (source). In a time when black actresses clamor to find top roles, Kerry continues to stun her fans. On top of that, she’s just a humble girl – every interview she gives just oozes niceness and a certain gratefulness that is sometimes lost in Hollywood. 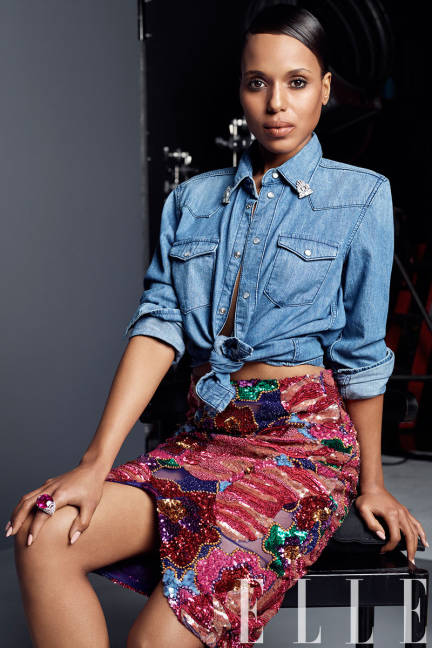