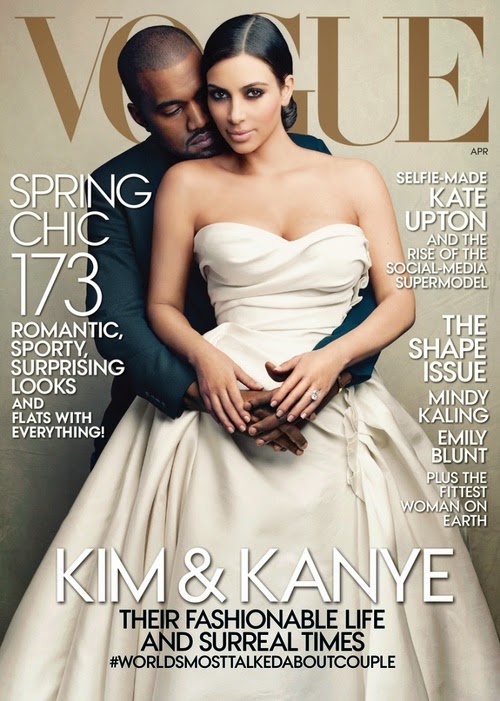 Well, #AmericasMostTalkedAboutCouple, is CERTAINLY got people talking! After months of speculation, criticsm, and prejudiced dismay, Kim Kardashian and Kanye West have nabbed a Vogue US cover. Twitter is all ablaze, and a post on my IG account has followers arguing over the validity of Anna Wintour’s decision. 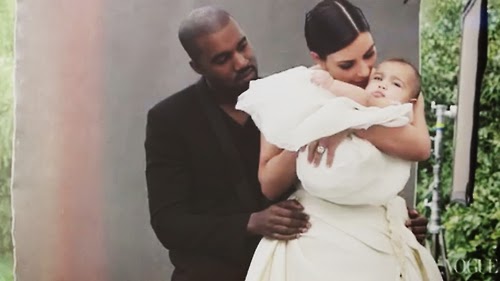 When I see this cover I see a BEAUTIFUL couple posing in a gorgeous photo. In addition, I see two people of color (African-American and Armenian) on the cover of one of the world’s most well-known magazines. And oh yeah, even if you don’t like him, Kanye has made waves in the fashion industry before he became engaged to Kim. Kim is thought of as an icon (in her own right) – I mean, at best the girl has spun a horrible situation into a freaking media empire for not just her, but her entire family. Sounds like an entrepreneur to me. Oh, and North is there! 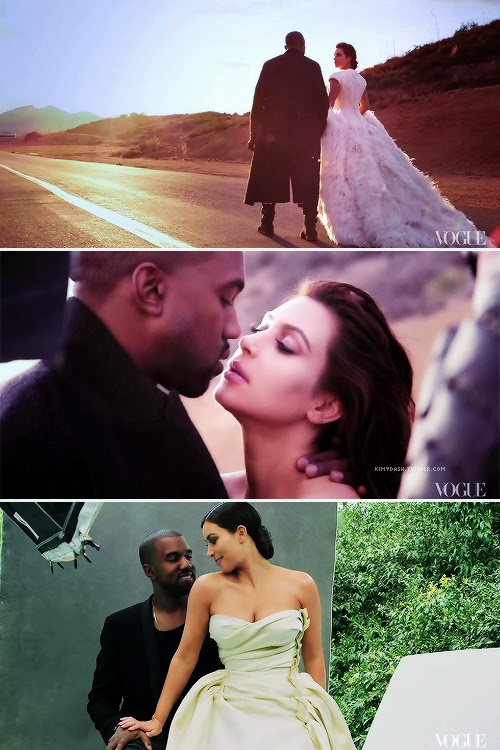 The shoot photographed by Annie Leibovitz, will showcase Kim in various wedding-inpired attire as Kanye wear a bunch a black clothes that probably cost more than my student loan payments. The issue hits shelves next week. Take a look at the behind-the-scenes video below: