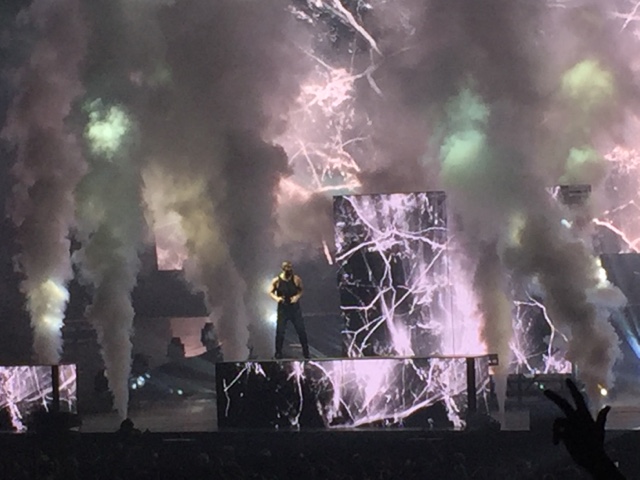 Drake’s “Summer Sixteen Tour” was a huge success in Nashville. That’s the easiest and most obvious way to start this post. To say that “the sold-out crowd was hype to see Drake” is an understatement. If the scale was 1-10, the crowd was on 27 and ready for everything Drake had to give. To say that Drake is more than a rapper, is also another understatement. Drake is an entertainer from Canada, who raps, sings R&B, is an avid Motivational Speaker who also wants to be your best friend & boyfriend – at the same time. Or, at least that’s how he makes you feel when he’s on stage. 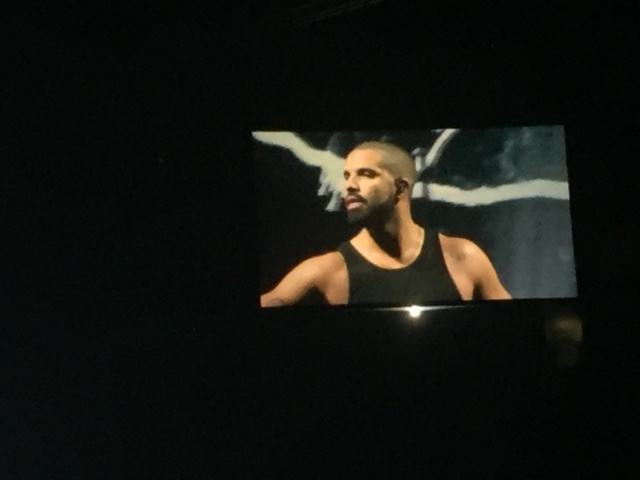 The Summer Sixteen tour is really all about Drake – as it should be. Rapper, Future, is on the ticket, but he’s relegated to more of an ‘extremely exciting intermission performer‘ than the title suggests. It’s almost a miracle that Future performs in the middle of the show, because Drake’s first hour makes one forget that Future is there too. To keep it real, Future did his thing. He’s mysteriously handsome, handles the crowd with a confident aloofness (he knows who we are here for), and seems almost thankful that his 45 minute set (filled with hits) is not the main event.
Drake opened the show performing snippets from the 176 million songs he’s been featured on or sung a hook to. He did this for almost an HOUR. We hadn’t even gotten into the meat & potatoes of the performance and the crowd was already exhausted. Occasionally, you’d overhear someone say “I forgot he sung this!” or “Wow! I used to love this song!”  A clear indication that the audience is ALL IN. Sir, you can stand on that stage forever, and we’d continue to sing along. 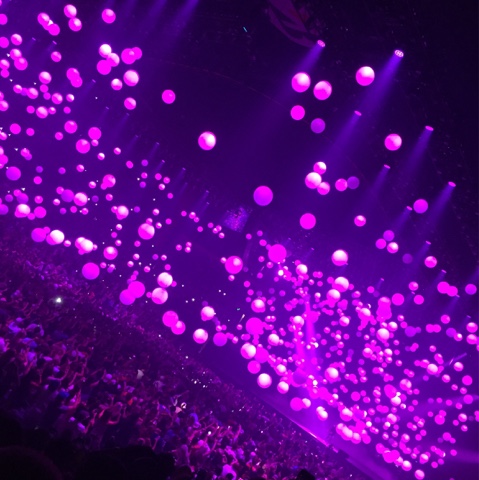 The abundance of weed smoke was relevant; to be high at this concert must have been an exhausting trip. The sound was designed to create a feeling of intoxication that traveled from your toes to your hair follicles. The stage design was breathtaking. Drake set a vibe that allowed viewers to be visually stimulated while focusing on his list of hits. There were fireworks and smoke and lights and lasers! There were multi-function stage screens that showed visuals, rising and falling as song selections changed. Best of all were these amazing lighted spheres that gave the crowd a 3D visual as Drake crooned, rapped, and spit bravado.  Sometimes, Drake was far off, pantomiming in a sea of emotions or vibing to the beat of his own creations but sometimes Drake was flying over us, telling is how awesome we were and graciously thanking us for coming to his show.
The song selections, starting with “Revenge” and closing with “Legend”, only made you realize just how many songs Drake has in his catalogue. There’s a lot and you probably know 92% of those songs. He sang songs for the ladies (‘Hotline Bling’, ‘Work‘, and ‘Child’s Play’). He spit lyrics for the fellas (‘All Me‘, ‘Energy‘, & ‘Headlines‘).  He intermixed the city of Nashville into rhymes (‘Know Yourself‘ saying “Riding thorough Nashville with my woes”) – which drove the crowd wild. And, even dedicated a song to Shania Twain who was in the audience, I mean it is Nashville. We didn’t sit down for hours and we didn’t care.
Drake had fun in Nashville and performed like his life depended on the crowd believing it. By 11:56pm, Drake, like a long–distace but faithful boyfriend was apologizing for keeping us up so late, it’s just because he loved Nashville so much. Trust me, Nashville would have stayed much longer. 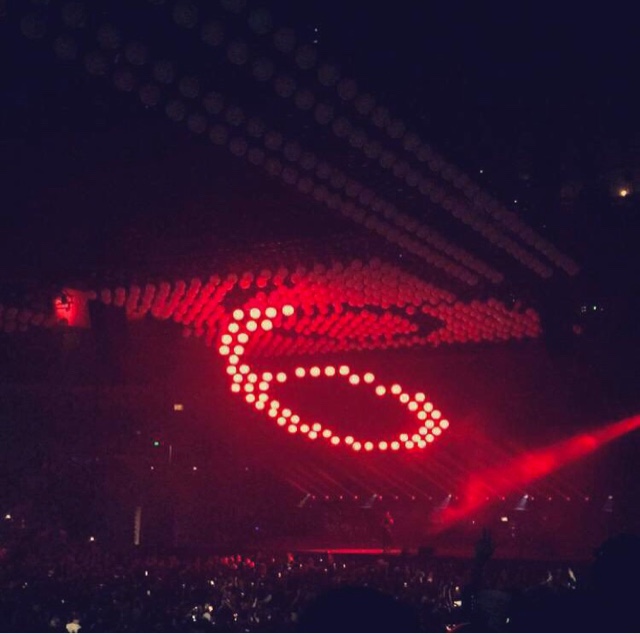