After attending the recent event, ‘Single in the Ville’, sponsored by Nashville’s newest publication, Nashville Voice I was almost convinced that dating in Nashville was a lost cause.

The Nashville Voice is the city’s newest African-American news publication.  The online news source discusses Nashville news from an black perspective. On Tuesday, at The Lab Nashville, the publication hosted a women-only event aimed at breaking the code of dating in the city. Moderated by Markeith Braden (entrepreneur + success coach), the event asked attendees open-ended questions about their dating experiences in Nashville. 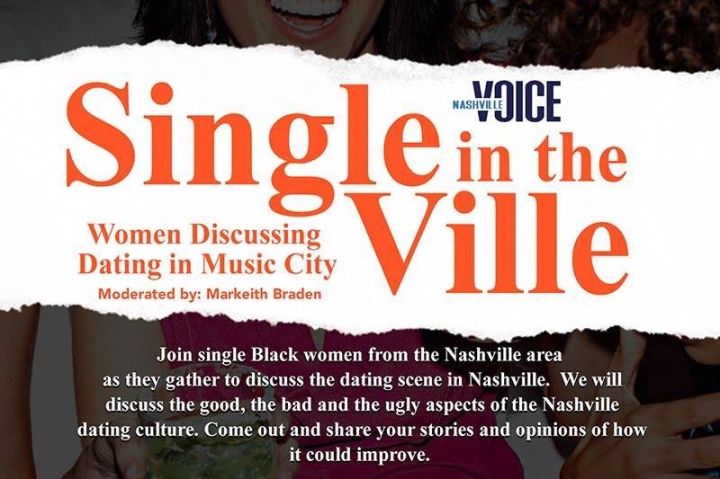 Let me be clear, this event was specifically geared to BLACK WOMEN who desire to date black men in Nashville. According to the 2010 census, Nashville’s black population is teetering at 28%, with more black people leaving the city than staying. This specificity adds a unintended yet truthful difficulty to finding love in Nashville. In general, black women are the least desired demographic on dating apps (source), less likely to be married in their lifetime (source), and black men tend to marry white women more than black women marrying white men (source). Whew, Chile, we’ve got some work to do. 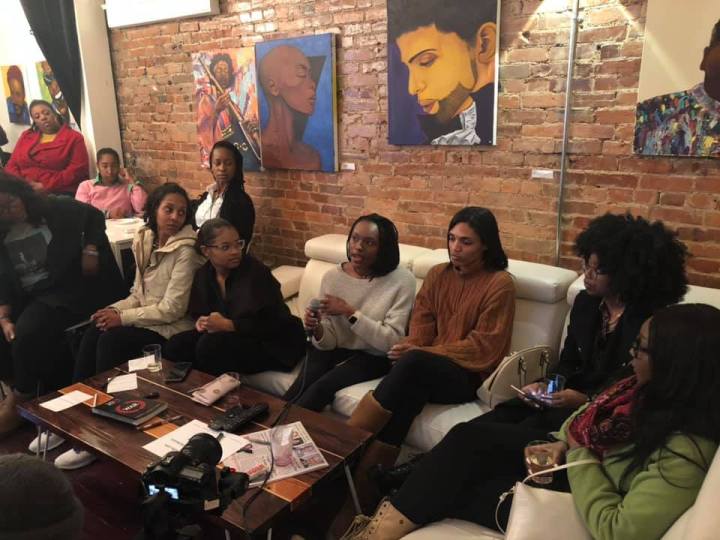 As our host asked questions, he was met with honest feedback from the attendees. Women ages 22-70 discussed the overwhelming difficulty of dating in Nashville. From being asked out, lack of events catering to our demographic, to sustaining meaningful interactions, the pain of unsuccessful attempts was relevant in the room. Let me be clear, this room held a variety of women: entrepreneurs, college students, business professionals, and blue collar workers. The connecting line was, we all agreed that dating in Nashville was HARD. 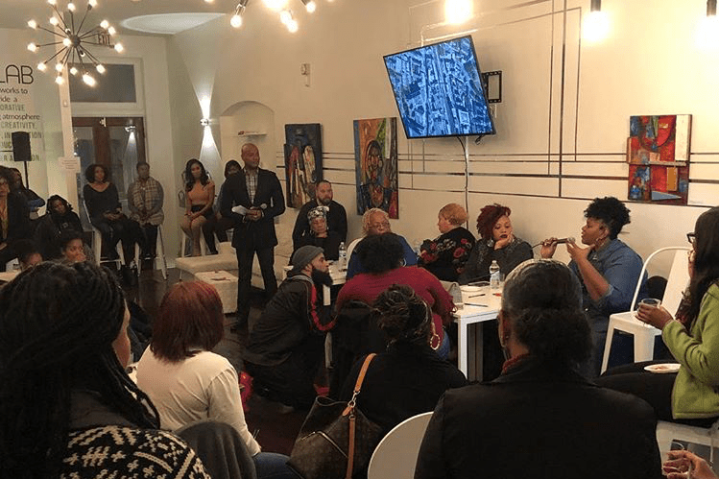 But all isn’t doom & gloom. Several ladies recalled finding true love in the city. They spoke of going to places they wouldn’t usually go, being open and honest about their needs, and making sure to keep a positive mindset about dating in general. These sentiments,  were met with approving sighs. It’s true, if you think dating (in general) is hard, you will have a tougher time. Even though we ended on a positive note, the two-hour conversation exposed gaps in the dating pool in our city. The men in attendance (host, planners, and bartender) agreed that the black men in Nashville need to step up, but the women need to be vocal about what they want – and not afraid to hear an answer. Whew!

The next Single in the Ville event is scheduled for next month. This event is just for the guys. After that, the Nashville Voice group wants to host a co-ed event that will no-doubt be something you want to attend. I’m interested to see if these events will bridge some of the gaps in Nashville’s African-American dating pool. Personally, I haven’t had the worst experiences dating in the city, but I can see room for improvements.

Leave a comment below: How do you think we can improve dating in Nashville?

6 thoughts on “Is dating in Nashville a lost cause?”